Branching Scripts give you greater control over how your ThruTalk scripts flow and allow you to introduce more complexity through additional paths. By adding custom paths to your scripts, you'll be able to guide your callers through complicated conversations with ease.

Branching scripts work by letting you control which questions appear next in the script. Branching logic for multiple-choice questions allows you to direct the script to different questions based on the responses.

Start by creating a script and adding questions to your script. For a step-by-step guide on creating scripts and script questions, read our guide for Scripts for Your ThruTalk Account. 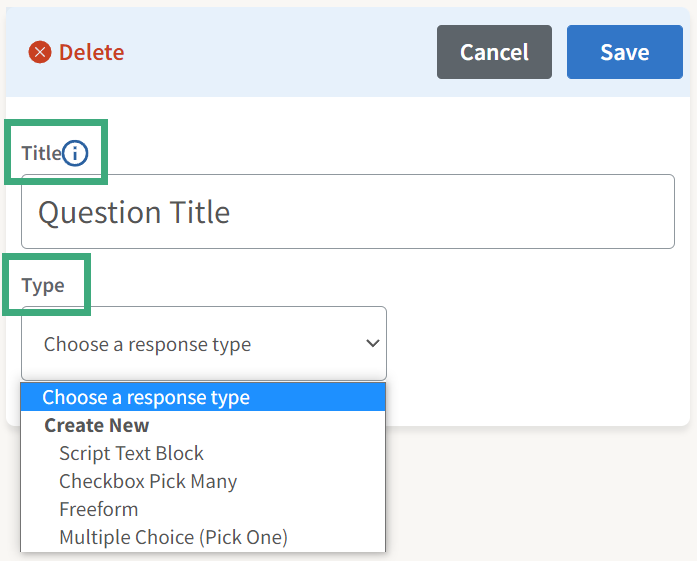 Titles to script questions are not displayed to callers. Be sure to enter text into the "Survey Question" field!

Once you've created your script questions, you can start designating your branching questions. In the Survey Responses section of a multiple-choice question, select the question in the dropdown menu that you would like the answer to direct to. 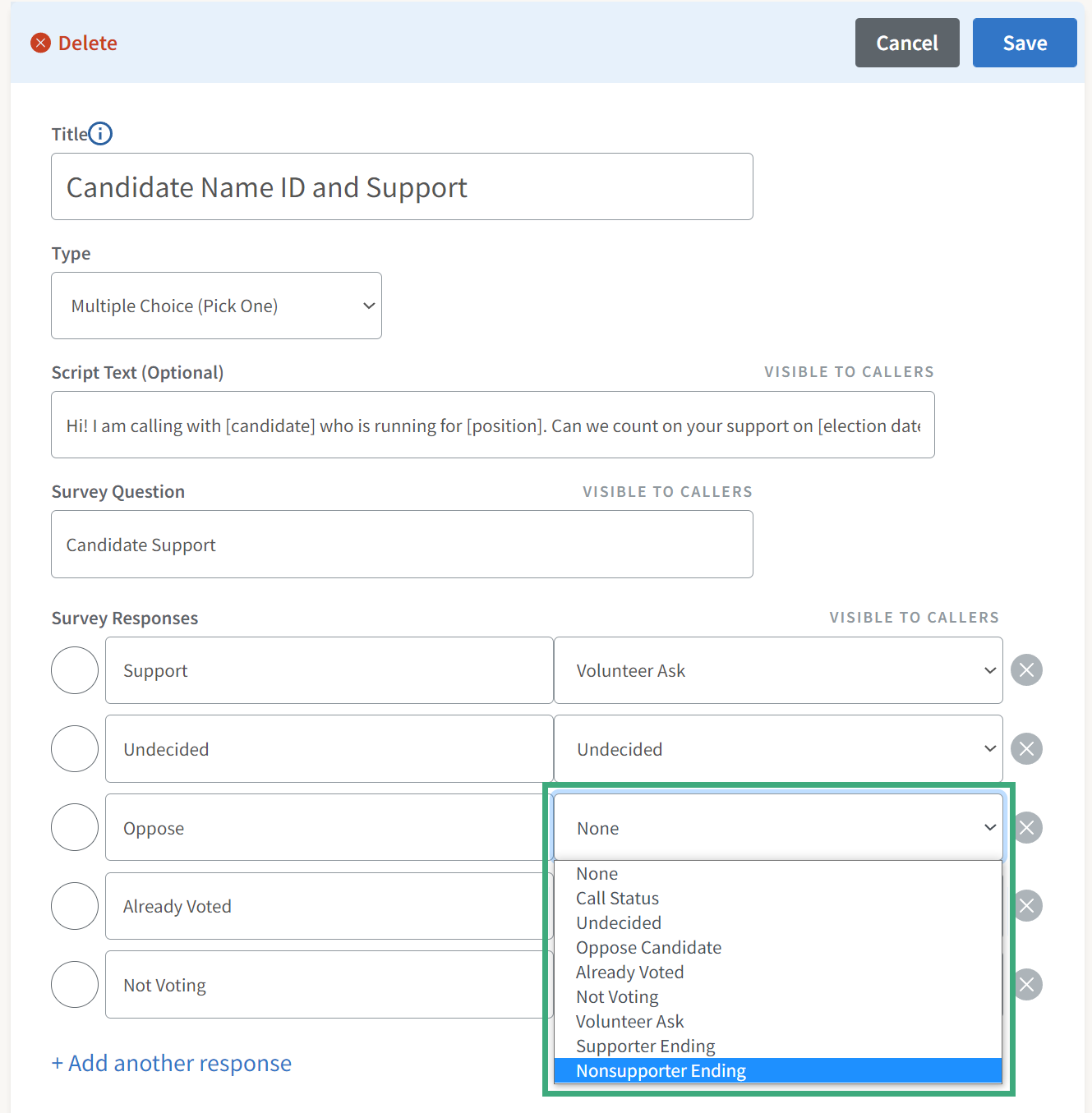 Checkbox and Freeform questions, as well as Script Text Blocks, can be branched to one question. By default, the Next Question will either be set to the question that appears below it in the script builder or None if there is no following question. Check each question's Next Question to ensure the correct question flow and prevent a dead-end in your script. 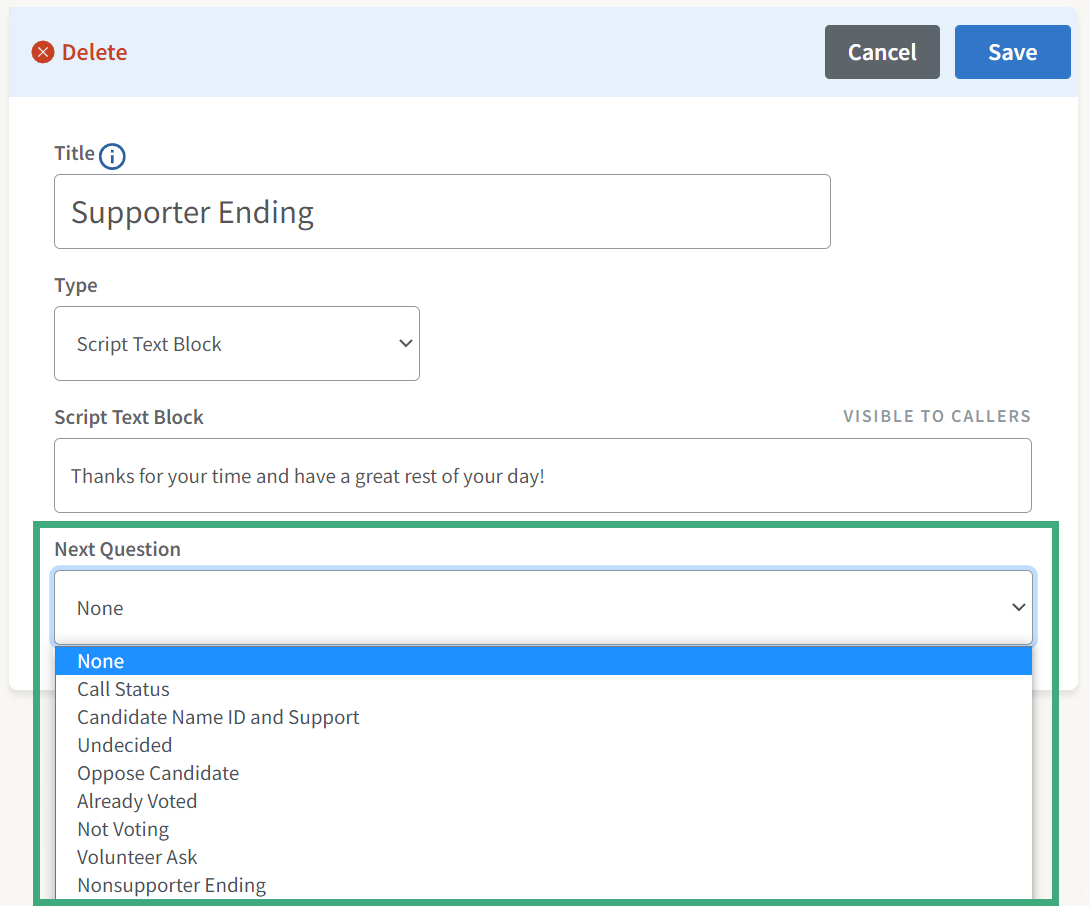 The last question or text block in a question path should have the Next Question set as None.

You can edit existing questions, which allows you to save the question you're working on, add another branching question, and return to the original question to add a branch to it.

B
Bilal is the author of this solution article.

Did you find it helpful? Yes No

Send feedback
Sorry we couldn't be helpful. Help us improve this article with your feedback.